Racism is prejudice plus power; anyone of any race can have/exhibit racial prejudice, but in North America, white people have the institutional power, therefore Racism is a systematized discrimination or antagonism directed against people of color based on the belief that whiteness is superior. It is insidious, systemic, devastating, and integral to understanding both the history of the United States and the everyday experiences of those of us living in this country.

Note: A common, incorrect definition of racism is the colloquial definition: “racism is prejudice against someone based on their skin color or ethnicity and can be committed by anyone.” This is NOT an accurate definition nor the one used in most anti-racist circles. It highlights individuals' thinking and actions but ignores embedded institutional and cultural systems.

Non-white folks can be agents of racism as well (particularly when acting as representatives of white-dominated systems, such as higher education) by perpetuating the notion of white superiority and using it to discriminate against other people of color. For example, a black manager at a company may insist that a black employee's natural hair looks "unprofessional," or an Asian professor may knock points off the presentation grade of a Latinx student who speaks with an accent.

Anti-Racism is strategies, theories, actions, and practices that challenge and counter racism, inequalities, prejudices, and discrimination based on race.

Racial Microaggressions are commonplace verbal or behavioral indignities, whether intentional or unintentional, which communicate hostile, derogatory, or negative slights and insults in relation to race. They are structurally based and invoke oppressive systems of racial hierarchy. Racial Microinvalidations, Microinsults, Microassaults are specific types of microaggressions.

Tokenism is presence without meaningful participation. For example, a superficial invitation for participation without ongoing dialogue and support, handpicked representatives who are expected to speak for the whole (socially oppressed) group (e.g. ‘tell us how women experience this issue’). Tokenism is often used as a band-aid solution to help the group improve its image (e.g. ‘we’re not racist, look there’s a person of colour on the panel.’). (from Sustainable Campuses)

Similarly, this attitude of "one is enough/they're all the same" contributes to the mindset that one person of color or one Native person can stand in for all people of color and Native people respectively. Not only is it problematic and illogical to assume that one individual's perspective and experiences can be generalized to millions of other people, it also promotes to the idea that a friendship, relationship, or just exposure to one or a few people of color or Native people negates racist thoughts, ideas, or behavior toward others (i.e. "I'm not a racist, my boyfriend is black" or "My costume isn't racist--my best friend is First Nation and she thinks it's hilarious").

Colorblindness is the racial ideology that posits the best way to end discrimination is by treating individuals as equally as possible, without regard to race, culture, or ethnicity. This not only amounts to a dismissal of the lived experiences of people of color, but also suggests that racism does not exist so long as one ignores it.

I don't care if you're black, white, green, or purple-polka-dotted!

At face value, colorblindness seems like a good thing — actually living up to Dr. King's  ideal of judging people on the content of their character rather than the color of their skin. However, colorblindness alone is not sufficient to combat racism or heal racial wounds on a national or personal level. It is only a half-measure that, in the end, operates as a form of racism. (from PsychologyToday.com)

Mic correspondent Darnell L. Moore lays down the definitive takedown of #AllLivesMatter everyone needs to hear.

For People of Color & Native People in Crisis

In the U.S., white privilege is the lived experience of greater social/political access, representation and entitlement, and material and economic security that people considered white have as a result of white supremacy. It's important to note that while many white people are oppressed on the basis of class, gender, sexual orientation, ability, religion, culture, ethnicity, etc, it is still true that ALL white people benefit from white privilege in various ways.

Reverse Racism is a term created and used by white people to deny white privilege. Those in denial use the term "reverse racism" to refer to hostile behavior by people of color toward whites and to affirmative action policies which allegedly give ‘preferential treatment’ to people of color over whites. However, while people of color can certainly exhibit prejudice against white people, in North America that prejudice is not supported by a system of institutional power. And despite some public opinion to the contrary, studies show the largest group to benefit from affirmative action policies is white women. (adapted from "Definitions & Descriptions of Racism")

White fragility is a state in which even a minimum amount of racial stress becomes intolerable, triggering a range of defensive moves. These moves include the outward display of emotions such as anger, fear, and guilt, and behaviors such as tears, argumentation, silence, and leaving the stress-inducing situation. These behaviors, in turn, function to reinstate white racial equilibrium.

White people in North America live in a social environment that protects and insulates them from race-based stress. This insulated environment of racial protection builds white expectations for racial comfort while at the same time lowering the ability to tolerate racial stress, leading to...White Fragility. (from DiAngelo, White Fragility)

You will continue to mess up re racism. So continue to be teachable, open to correction from POC, and vigilantly monitor yourself for defensiveness and white fragility.

You never "arrive" as an ally, you must continually *practice* allyship. 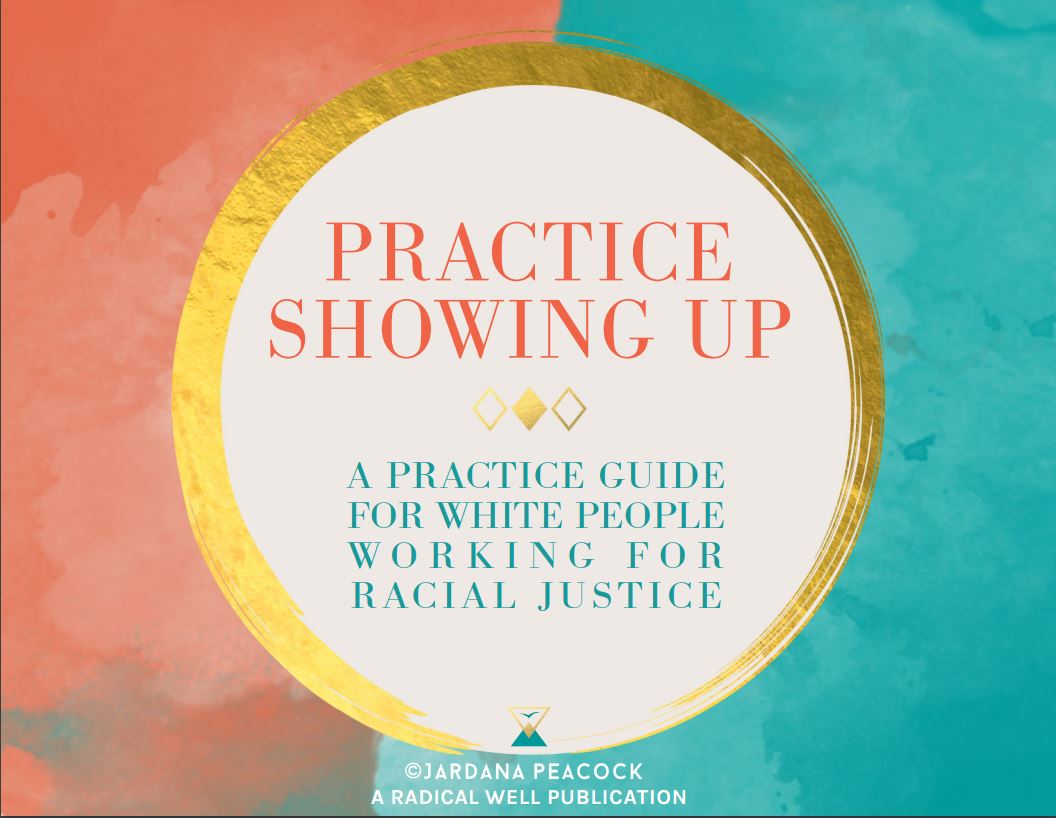 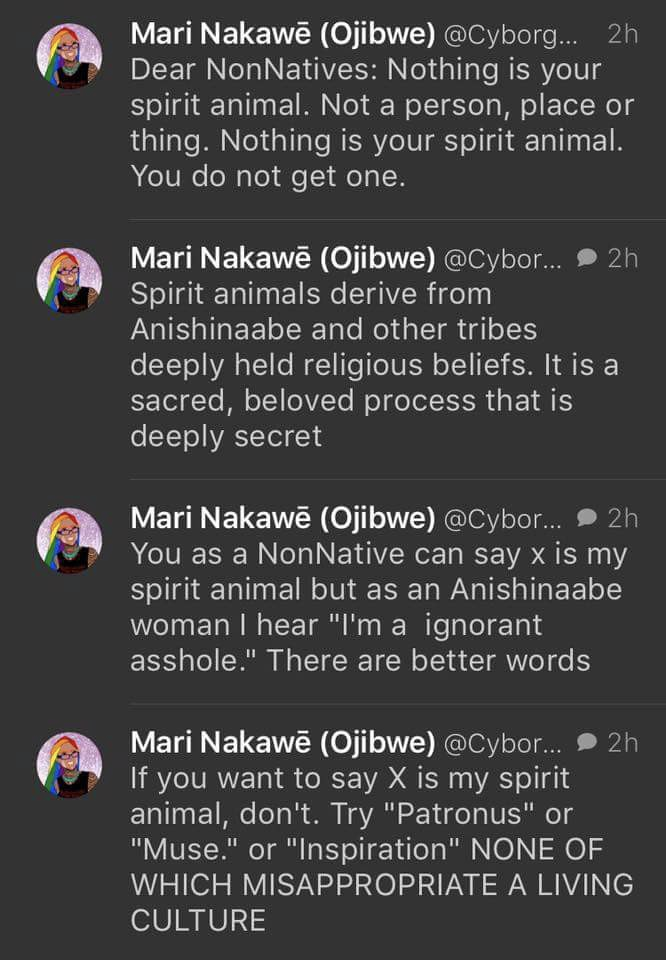 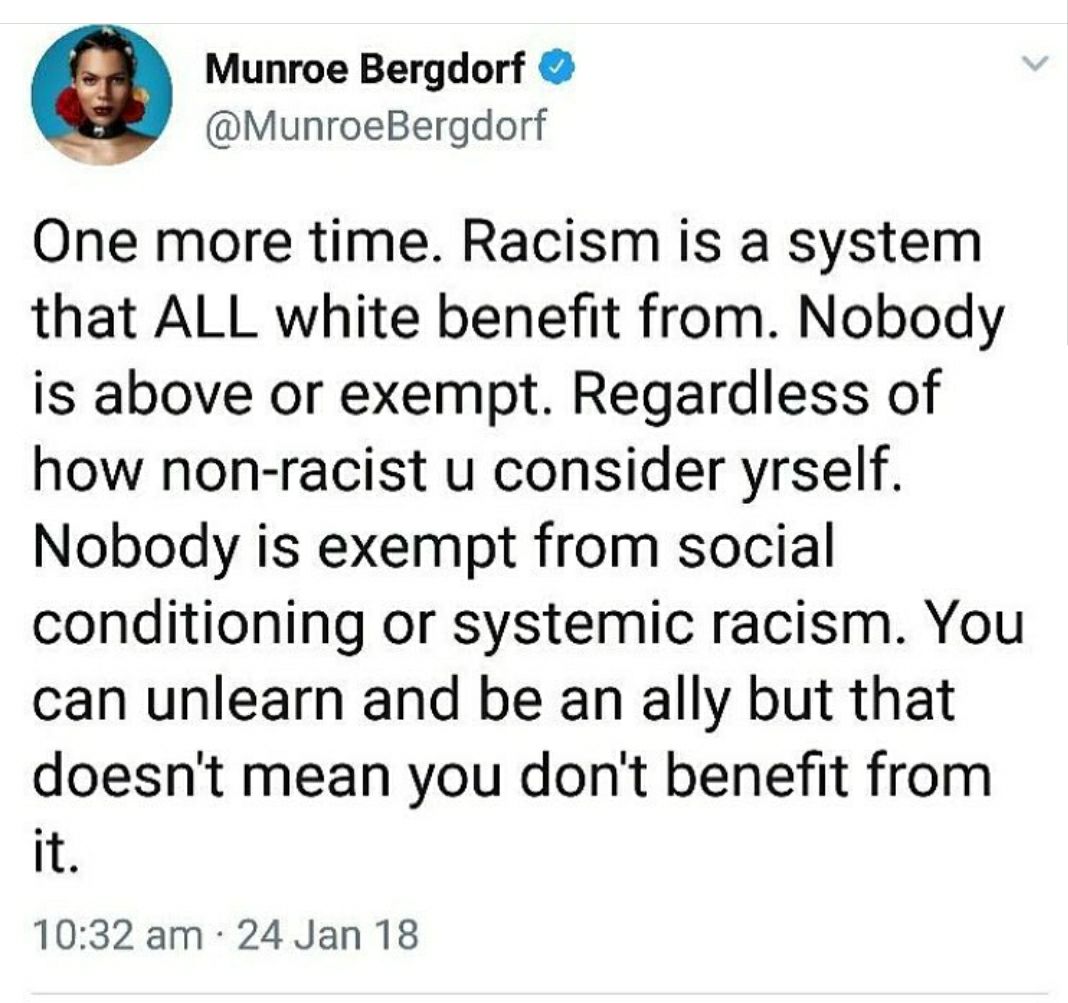 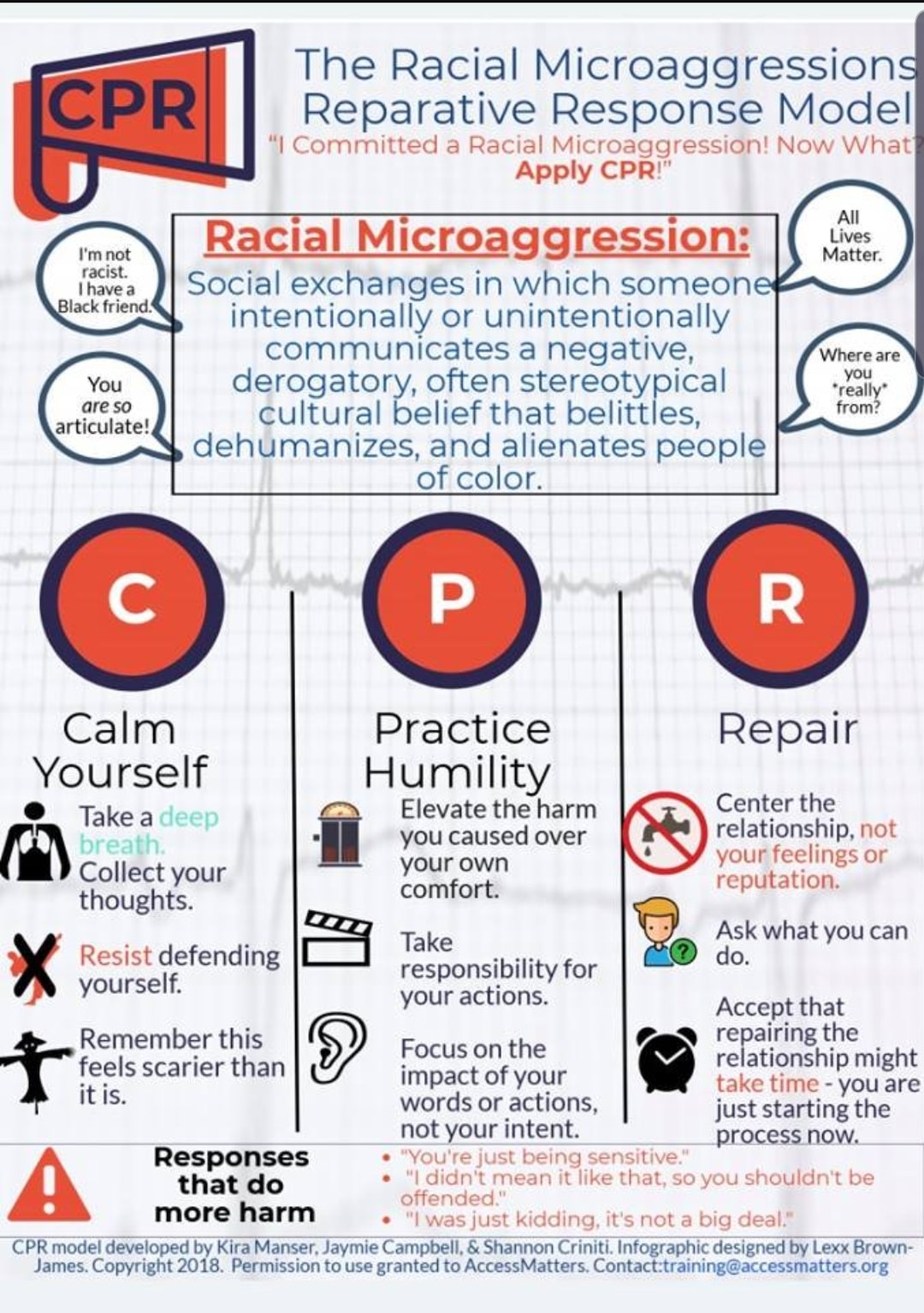 What are people saying about Anti-Racism? 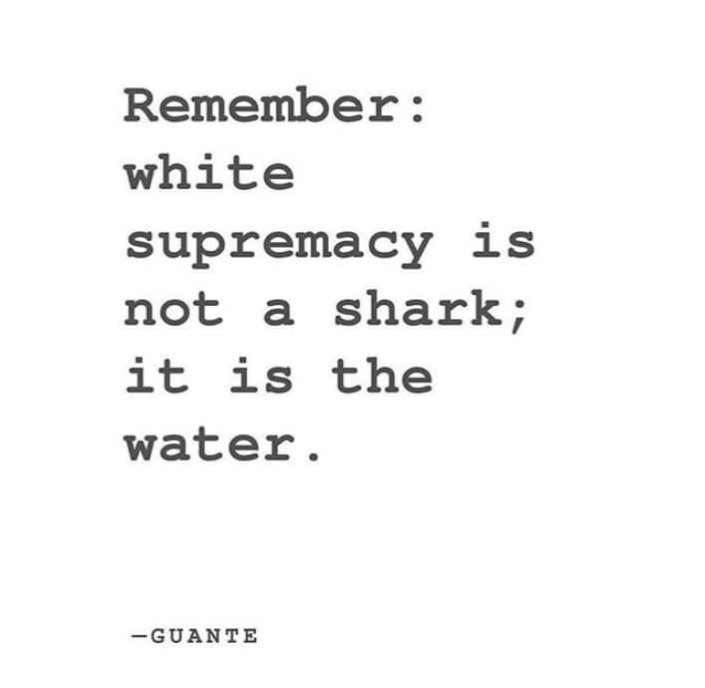