Find out more about the speakers 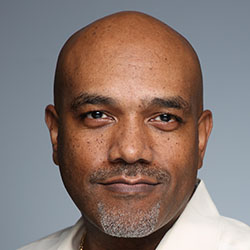 Sheldon George is Professor and Chair of English at Simmons University. He teaches courses on literary and cultural theory, American Realism, Modernism and the Harlem Renaissance, and black women writers. He is author of Trauma and Race: A Lacanian Study of African American Racial Identity (2016), coeditor of Reading Contemporary Black British and African American Women Writers: Race, Ethics, Narrative Form (2020), and coeditor of Lacan and Race: Racism, Racial Identity and Psychoanalytic Theory (2021). 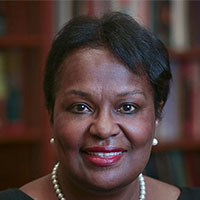 Carolyn Denard is a Toni Morrison scholar and the founder of the Toni Morrison Society. She has taught courses in American and African American Literature for 15 years and has taught and served as dean at various universities. A leading authority on Morrison, she has contributed to critical anthologies and essay collections on Morrison's work, delivered numerous papers and keynote lectures on Morrison, and she is editor of What Moves at the Margin: Selected Non- Fiction by Toni Morrison and Toni Morrison: Conversations, a collection of interviews. Her research on Morrison focuses on Morrison’s use of a Black cultural aesthetic in her writing that includes Black music, myth, history, ethics, and language. She is currently completing a book- length manuscript entitled Tar Women and Magical Men: Myth and Heroism in Toni Morrison’s Fiction.

In Morrison’s fiction, what is considered “right” and “wrong” behavior for her characters is almost always determined by an ethic established by the Black community, itself. And that Black community ethic generally runs counter to what is legally, situationally, normatively accepted as right and wrong behavior by the White community outside of it. This talk will analyze the Black ethical paradigm that Morrison draws on in her fiction (specifically in Sula, Beloved, and Jazz) and offer insights into how Morrison’s use of a Black ethical paradigm helps us understand more clearly the project of her fiction and the role that culture plays in determining what we consider ethical behavior. 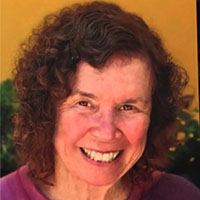 Jean Wyatt is Professor of English at Occidental College and teaches courses on African American women writers, British modernism, contemporary American and British literature and race and gender theory. She is the author of Love and Narrative Form in Toni Morison’s Later Novels (University of Georgia Press, 2017), for which she received the Toni Morrison Society Book Prize for the Best Single-Authored Book on Toni Morrison at the American Literature Association meeting in May 2018. Previous books include Risking Difference: Identification, Race and Community in Contemporary Fiction and Feminism (SUNY Press, 2004) and Reconstructing Desire: The Role of the Unconscious in Women’s Reading and Writing (University of North Carolina Press, 1990). She has recently written articles on Toni Morrison and Louise Erdrich, which have appeared in the journals Angelaki, MELUS, Narrative and Modern Fiction Studies. Her latest essay is “Freud, Laplanche, Leonardo: Sustaining Enigma,” in American Imago (2019). She is co-editor, with Sheldon George, of a collection of essays, African American and Black British Women Writers, published by Routledge (2020).

Toni Morrison’s Home is haunted by memories of past traumatic injuries that have been repressed, both on the individual and the national level. I will talk about the ways that severed body parts, which pop up from time to time in this realist narrative, serve the purpose of Freud’s uncanny. They represent memories that the individual character Frank has repressed, but break through repression to surge up in half-understood fragments. And on a national level, they recall what the nation has repressed: a medical history of unconstrained experimentation on African American women’s bodies. These returns of the repressed, because they are mere fragments of past trauma, trouble a reader with a kind of half-knowing, provoking him or her to speculate on what these images mean about the character Frank’s past actions and about the repressed underside of official histories of U. S. medical science. 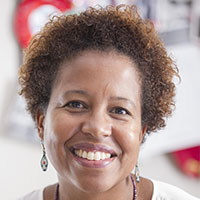 Daphne Lamothe is Professor of Africana Studies at Smith College, and the author of Inventing the New Negro: Narrative, Culture, and Ethnography (UPenn 2008). She has authored numerous essays, articles and reviews, published in peer-reviewed books and journals such as African American Review, Callaloo, Meridians and Small Axe. Dr. Lamothe’s publications focus on 20th and 21st century aesthetics, an apply an intersectional approach to the study of “blackness” as a racialized and cultural formation. She is currently completing a book on Being and becoming in the “post-soul” aesthetic, to be published by the University of North Carolina Press in 2022.

On Form: The Case Morrison Makes for the Black Present and Presence

Toni Morrison’s fiction and nonfiction highlight the relationship between aesthetic form and black “presence,” by which I mean the form that black life takes in a work of literature. In this lecture I focus on two novels by Morrison that call upon readers to encounter black “presence” in the narrative and readerly “present”: Song of Solomon (1977) and A Mercy (2008). When writing about the black imagination, Morrison has asked us to consider: who is speaking, and who is being spoken to? How do we tell? What do we choose to say? And what remains “unspeakable” and “unspoken?” These are questions that seem to be about the writer’s craft, but are in fact philosophical inquiries into “presence:” the black lives we find represented in her novels, and the life that the reader finds in the aesthetic encounter.