The Black Lives Matter Global Network is a chapter-based, member-led organization whose mission is to build local power and to intervene in violence inflicted on Black communities by the state and vigilantes. We are working for a world where Black lives are no longer systematically targeted for demise. We affirm our humanity, our contributions to this society, and our resilience in the face of deadly oppression. The call for Black lives to matter is a rallying cry for ALL Black lives striving for liberation

The Sex Workers Project provides client-centered legal and social services to individuals who engage in sex work, regardless of whether they do so by choice, circumstance, or coercion. One of the first programs in the nation to assist survivors of human trafficking, the Sex Workers Project has pioneered an approach to service grounded in human rights, harm reduction and in the real life experiences of our clients. 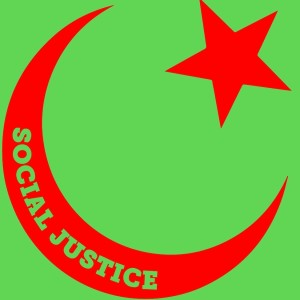 MSJ is dedicated to social justice and human rights for all. We will prioritize fighting racism, white supremacy and sexism within as well as beyond the Muslim community. MSJ will work closely on anti-colonial, anti-Islamophobia, Black Liberation movements, international issues and progressive social movements.

Founded in 2013, BYP100 (Black Youth Project 100) is a member-based organization of Black youth activists creating justice and freedom for all Black people. BYP100 was, at one point, just a hashtag for the 2013 “Beyond November Movement Convening” developed through the vision and leadership of Cathy Cohen.

At United We Dream, we transform that fear into finding your voice. We empower people to develop their leadership, their organizing skills, and to develop our own campaigns to fight for justice and dignity for immigrants and all people. This is achieved through immigrant youth-led campaigns at the local, state, and federal level.

NO MORE is dedicated to ending domestic violence and sexual assault by increasing awareness, inspiring action and fueling culture change.

Every year, gun violence kills almost 33,000 Americans and injures 75,962 more. More than 17,000 children and teens are shot, many of them fatally. And over 455,000 people are victims of gun crimes. These statistics are more than just numbers – they represent a very real human toll. Although most of these shootings don’t make headlines, each victim has a story – a family, friends, a life cut short.

"For decades, witches have been moving slowly out of the shadows and spreading good magic across the planet. In 2016, we were poised to claim our power in a new way. Sensing their time was at an end, the forces of capitalism, patriarchal greed and white supremacy united for one last gasp, producing our present circumstances — Nazis in the streets, our earth in peril, and an actual rapist in the White House. It's not great out there these days. But in 2018, we will fight for the change we deserve to see. In 2018, we will support progressive candidates, advocate for justice, and, most importantly, vote, witch."

LEARN FROM THE PAST WITH THE SNCC

Young activists and organizers with the Student Nonviolent Coordinating Committee, or SNCC (pronounced “SNICK”), represented a radical, new unanticipated force whose work continues to have great relevance today. For the first time, young people decisively entered the ranks of civil rights movement leadership. They committed themselves to full-time organizing from the bottom-up, and with this approach empowered older efforts at change and facilitated the emergence of powerful new grassroots voices. Before SNCC, with only a few exceptions, notably the Southern Negro Youth Congress (SNYC) during the 1930s and ’40s, civil rights leadership always meant grownups.