The best of the best resources for your course!

EYES ON THE PRIZE 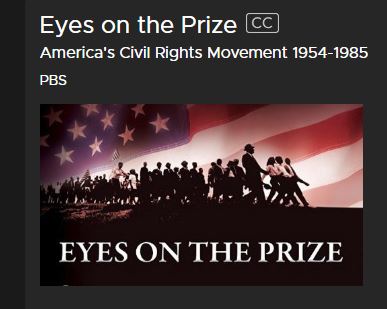 Produced by Blackside, EYES ON THE PRIZE tells the definitive story of the civil rights era from the point of view of the ordinary men and women whose extraordinary actions launched a movement that changed the fabric of American life, and embodied a struggle whose reverberations continue to be felt today. Winner of numerous Emmy Awards, a George Foster Peabody Award, an International Documentary Award, and a Television Critics Association Award, Eyes on the Prize is the most critically acclaimed documentary on civil rights in America.